Animal behavioralists have classified the social behavior of horses (and other animals) into the following categories: 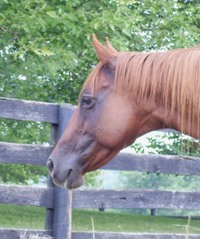