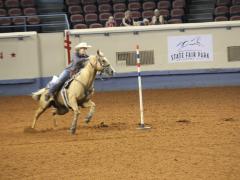 Timed event classes may also be referred to as “games,” “gymkhanas,” or “O-Mok-See.” Generally in these classes, the fastest time wins. Deviating from the described rules or pattern will result in either a time penalty or disqualification, depending on the rule infraction.

A judge’s primary responsibilities are to:

There are a variety of timed classes, but arguably the most popular games are these: 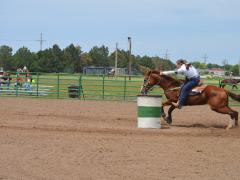 Barrel racing is by far the most popular timed event class. The cloverleaf pattern is designed to test the speed and maneuverability of the horse. 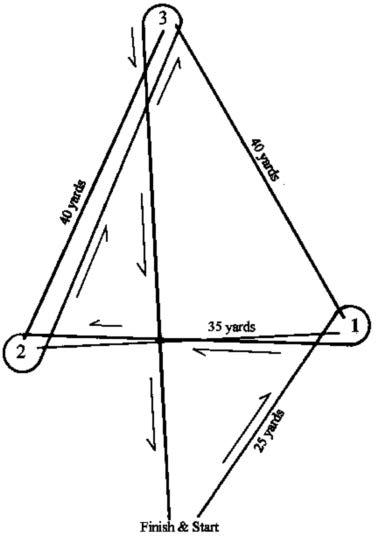 The rider can choose to turn the right or left barrel first; either way is acceptable.

This video from the 2009 AQHA World Show shows the rider choosing to go to the left barrel first. 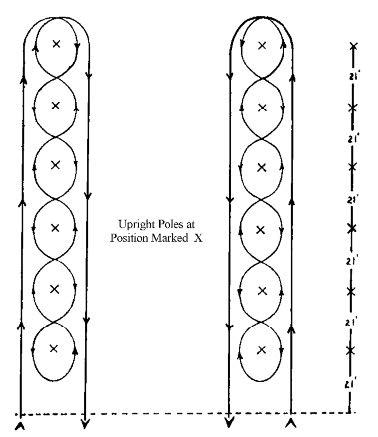 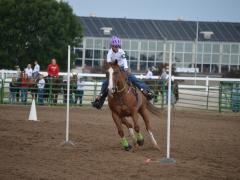 The stake race is an all-out run for the money; however, it can be set up several different ways. Many open shows will set up a single pole at the far end of the arena, and riders simply run as fast as they can down the arena, turn the pole, and run back across the finish line. Yet many breed shows will use two poles and have contestants run a figure 8. 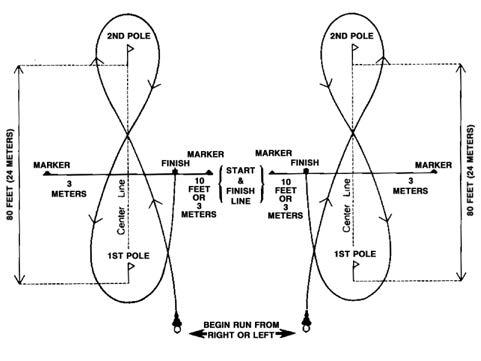 Figure 1. Stake race with start/finish line between the poles.

This video is from the 2012 AQHA World Show. 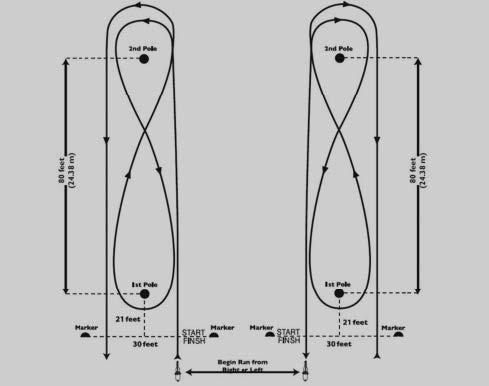 Figure 2. Stake race with start/finish line prior to first pole.