Postpartum mares will have a “foal heat” 7 to 14 days following foaling, and a second cycle approximately 30 days later.

Breeding on foal heat is still somewhat of a controversial practice. Mares are usually bred on foal heat as long as three criteria are met.

Data from different farms have shown foal heat conception rates up to seventy-five percent. One can skip foal heat and breed on the next heat cycle allowing the uterus more time to involute or another plausible option is to short cycle the mare after the foal heat ovulation with prostaglandins. Some breeding farms will also not breed on foal heat if the mare ovulates 10 days or less after foaling. In other words they breed on foal heat as long as ovulation occurs ten days after foaling and the other criteria are met, normal foaling, etc. 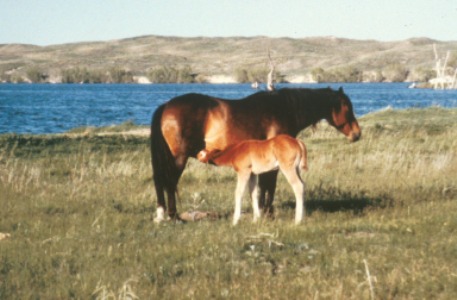