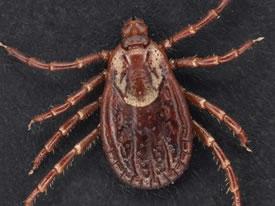 What Is It and Why Should I Care?

Equine Piroplasmosis is a protozoal blood parasite disease of equines such as horses, donkeys, mules and zebras. The parasites are usually transmitted by ticks that feed on equines, but can also be spread from animal-to-animal by the transfer of blood in contaminated needles and syringes. The parasites that cause Equine Piroplasmosis are Theileria equi (formerly Babesia equi) and Babesia caballi. Incursions of the infection into the United States are taken very seriously because the tick species capable of supporting an endemic disease situation are already present in the United States. Parts of Texas have been under restriction since a clinical case of Equine Piroplasmosis occurred in 2009 and more than 290 horses on one ranch had evidence of infection.

Where Is the Disease Found?

Equine Piroplasmosis is present in South America, Central America, the Caribbean, Puerto Rico, Africa, the Middle East, and Eastern and Southern Europe. On the other hand, the United States, Canada, Japan, Australasia, Great Britain and Ireland are not considered endemic areas. Equine Piroplasmosis is not considered endemic in the United States even though occasional outbreaks occur.

Can the Disease Affect People?

Human infection with Equine Piroplasmosis is extremely rare and horses with the disease do not pose a threat to humans.

What are Signs of the Disease?

An equine infected with Equine Piroplasmosis can take 7 to 22 days to present with signs of illness. The disease may present as mild or acute. An equine with a mild case of Equine Piroplasmosis may appear weak and without an appetite. More severe cases include fever, anemia, swollen abdomen, jaundiced mucous membranes, and labored breathing. Additionally, rough hair coat, red urine due to hemoglobinuria, and nervous system disturbances may occur. Death may occur in acute cases. Some infected horses show no signs of illness.

More acute cases generally occur in areas where Equine Piroplasmosis is not normally present and horses do not have resistance to the disease. Horses that survive the infection still carry the parasite for long periods of time and therefore are a potential source of the disease agent for other horses.

﻿Can It Be Treated?

Presently, there are no vaccines or specific treatments for Equine Piroplasmosis. Medications are available for supportive care and to maintain comfort of affected animals.

How Can the Disease Be Prevented?

Preventing the transmission of Equine Piroplasmosis involves avoiding blood transfer between animals through biting ticks, needles, surgical instruments and blood transfusions. In general using disinfectants and proper sanitation can help prevent the spread of disease, but is not the most effective means of preventing tick-borne diseases.

Where Can I Find Additional Information?