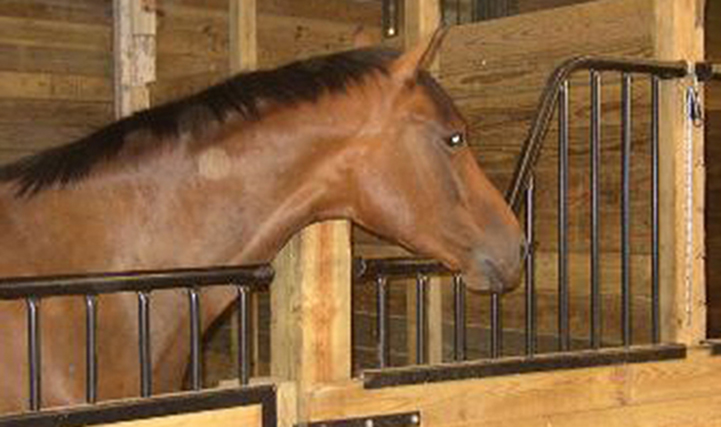 Why Are Boarding Contracts Important?

A good boarding contract is crucial for both the boarding stable and the horse owner because it sets out the parties’ responsibilities and governs potential liability issues and any emergencies that could arise from the relationship.

A boarding stable and a horse owner are parties to a legal relationship known as a “bailment” arrangement. Bailment is created when physical possession, not ownership, of personal property is transferred from one person to another. The bailment relationship between a horse owner and boarding stable is implicitly created whether or not there is anything in writing, which is why having a good contract is vital.

In legal terms, the stable owner is called the “bailee,” and the horse owner is the “bailor.” Under general property law principles, these parties owe certain duties of care and assume certain risks that go along with safeguarding someone else’s property. Without a contract to specify the rights and obligations of each party, these default property rules will apply. The boarding contract details those general principles and specifically designates each party’s rights and responsibilities.

In general, a good boarding contract should identify the parties and the horse(s), set out the rights and responsibilities of each party (e.g., services provided, required fees), outline emergency procedures, include terms of default (e.g., nonpayment) and termination, and resolve issues of liability for injury to the horse(s) and any potential additional expenses. Like most standard form contracts, the typical boarding contract doesn’t leave the boarder much room to negotiate (sort of a “take it or leave it” deal), but it does provide benefits for both parties.

The following is a list of clauses typically found in boarding contracts and a brief explanation of each:

Introductory Paragraph/Identification of Horse(s)
The introductory paragraph should identify the parties to the agreement and the horse(s) being boarded. The horses can be described by name, age, breed, sex, color, markings, registration information, tattoo number, etc. Some contracts simply require the owner to submit a separate information sheet that lists all of the horse’s information.

Fees and Terms of Payment/Nonpayment
This section should clearly set out the fee rate ($__ per month, week, etc.) and when each payment is due. It may also provide for late fees, as well as a lien against the horse(s) in the event of nonpayment.

Feed and Facilities
This section should describe general information such as stall size, watering, available pasture area, and the amount and type of feed provided. It should also explain what other services will be provided, such as shoeing, worming, grooming, and exercising. This can be done fairly easily by using a simple checklist or fill-in-the-blank list.

Ownership/Coggins Test
This part of the contract states that the owner warrants that he or she owns the horse(s) and that he or she will provide proof of a negative Coggins test before boarding or upon request. Some contracts may also include a statement or separate provision requiring proof of other medical care or health certificates to ensure that the animals are current on other immunizations and deworming.

Risk of Loss
This section provides that the stable is not responsible for any damage to or loss of the horse(s) being boarded (e.g., disease, theft, injuries, death) and may further state that insurance coverage is the responsibility of the owner and not the stable.

Hold Harmless
This section typically states that the owner will indemnify the stable (i.e., assume responsibility) for any damage to other animals or property caused by the owner’s horse(s) while the horse(s) are being boarded. Some contracts may also include a statement or a separate provision requiring the owner to have liability insurance on his or her animals at all times.

Emergency Care
This clause usually provides that the stable will attempt to contact the owner in case of an emergency, but if the owner can’t be reached, the stable will secure any emergency treatment that is required, and the owner will reimburse the stable for the costs.  In some instances, a boarding contract may identify the veterinarian to be reached in case of an emergency.  Also, some boarding facilities may have a standing business relationship with a specific veterinarian.

Stable Rules and Regulations
This is a statement that the owner agrees to abide by the stable’s rules. Some stables post their barn rules in a conspicuous place in the barn. The rules are also often attached to the boarding contract itself, and the owner may be required to sign them to acknowledge that he or she has read and understands them.

Default
This section states that any breach of the boarding contract by either party, including violating any stable rules, will result in immediate termination of the agreement, and the non-breaching party will be entitled to recover any expenses caused by the breach.

Right of Lien
This provision provides that if the owner fails to pay the stable’s fees or other charges within a certain amount of time (e.g., after two months of nonpayment), the stable has a right to assert a lien on the horse(s) and/or the owner’s equipment or other property left at the stable and sell them to cover its losses. This provision depends on the specific state laws governing the contract because state laws vary as to whether and when someone can assert a lien on farm animals or other property. Some contracts cite to the specific state statute that authorizes the lien, while others may merely say something like “in case of nonpayment, the stable is authorized to exercise a right of lien as provided for by the laws of the State of _____.”

Mediation/Arbitration
This section may require the parties to go through mediation or arbitration before bringing a lawsuit in the event of a dispute or disagreement.