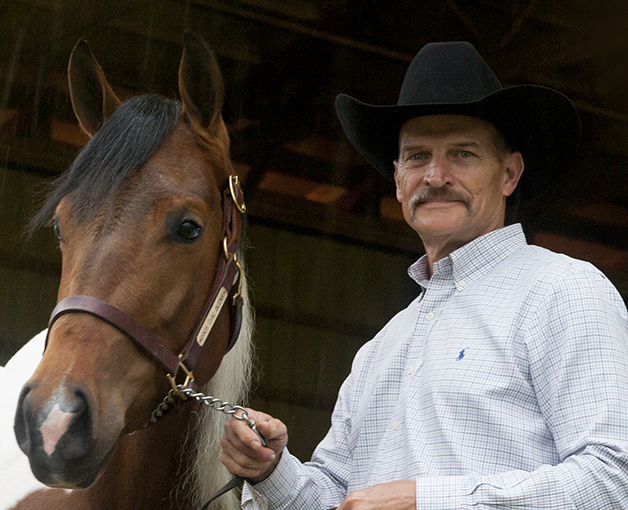 As Interim Assistant Director of Extension for Agriculture, Natural Resources, and Horticulture, Craig  provides statewide leadership and guidance in Extension programs offered through Kentucky Cooperative Extension in the three subject areas. Craig has a technical and professional background in horses and in developing and delivering Extension, research and instructional material.

Craig has been associated with the University of Kentucky and Cooperative Extension since 1985 when he started work as the College of Agriculture, Food and Environment’s Extension horse specialist. In that role, he was in charge of all adult and youth equine programming within the state, taught undergraduate equine courses and managed the teaching/research facility. He developed and offered an online undergraduate course, ASC 320 Equine Management, and taught several online students from around the country in the late 1990s. Craig has been instrumental in developing and delivering award winning educational web-based material for K-12 students as well as post-secondary students.

In 1989, Craig received the Outstanding Young Extension Specialist award and the M.D. Whitaker Excellence in Extension award in 1993. In 1995, he was awarded the Young Animal Scientist Award – Education, by the Southern Section of the American Society of Animal Science. His course The Art and Science of Equine Production was awarded the Best Distance Learning Program in Higher Education in 1993 by Telecon Magazine and the United States Distance Learning Association. In 2000 the UKCA distance learning team, of which he was a member, was awarded the American Distance Education Consortium’s first ever Award for Excellence in Distance Education. In 2004, Craig and the Southern Region Equine Extension Professionals were awarded the Bill Murphy Barrier Buster award and an ACE bronze award for innovative and effective use of technology and the Internet for HorseQuest.info.

Craig continues to be passionate about horses. He raises and rides horses, served as President of the American Paint Horse Association in 2017 and 2018.  He is also an APHA judge. He is a member of Extension Horses, Inc.

Originally from Texas, Craig received his B.S. from Texas Tech University, and M.S. and Ph.D. from New Mexico State University.