Skip to content
Broodmares that graze endophyte-infected fescue pasture have potential foaling, lactation and re-breeding problems. The following article discusses the potential problems that may occur if a broodmare is allowed to graze on endophyte-infected fescue.
Now that spring is here, foals are arriving. Spring and early summer is nature’s time for most foals to be born. In the Southeast and other areas of the United States, many pregnant mares graze tall fescue pastures. Unfortunately, many of these fescue pastures are infected with an endophyte fungus, neotyphodium coenophialum. In Tennessee, about 80 percent of all fescue pastures tested have been infected with the endophyte fungus at a level of 50 percent or more.

Endophyte-infected fescue can result in a number of serious problems in broodmares. Among the most common problems are mare’s failures to show the typical signs of impending foaling. Dystocias or difficult foalings are common. The placenta is thickened and often does not rupture normally.

Rather than the typical transparent amnion that appears around the fetus at birth, an intact red structure that resembles a basketball as the mare attempts to foal, appears protruding from the vulva. The intact placenta and fetus are together at the attempted foaling. This abnormal birth process can result in the death of either the foal and mare, or both. 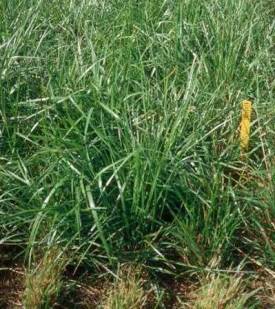 Mares often have prolonged pregnancies that have exceeded 365 days. Foals that are born alive are leggy and thin. Their hooves and teeth are not fully developed. A number of stillbirths also occur in mares that graze endophyte- infected fescue pastures. Upon foaling, many mares are agalactic — have no milk — or hypogalactic, having little milk.

There is no data supporting the claim that abortions are a common problem with mares grazing endophyte-infected fescue pastures.

With such problems, broodmare owners need a management system to allow them to proper handle broodmares grazing endophyte-infected fescue pastures effectively. Removing mares at 300 days of pregnancy and placing them on a nonfescue pasture, in stalls or dry lots with proper nutrition, has been shown to result in normal foalings without the problems noted previously.

Owners can give mares domperidone as an oral paste, beginning 25 days before their foaling date, and continue until foaling. Domperidone has been shown to allow mares to foal normally while grazing endophyte-infected fescue. However, the cost of the product and the labor associated with daily administration must be considered. In some management situations, the use of domperidone may be the only option an owner has.

EED usually occur within the first 40 days of pregnancy. Mares can be pregnancy tested at 14-18 days by ultrasound or rectal palpation. When pregnant mares are re-examined at 40 days post-breeding, a number of mares grazing endophyte-infected fescue have been observed to not be pregnant. 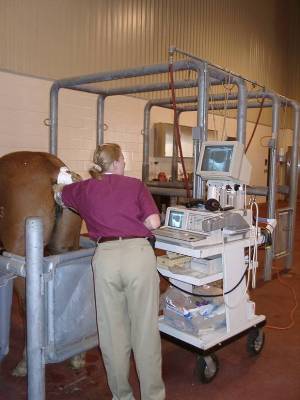 EED usually occur within the first 40 days of pregnancy. Mares can be pregnancy tested at 14-18 days and again at 40-days post breeding.

When mares grazed endophyte-infected fescue the pregnancy rate was 62.5 percent, with only five out of eight mares becoming pregnant.

EED was observed in the mares grazing endophyte-infected fescue. Six of eight mares became pregnant. However, three of these mares had EEDs between 16-35 days after breeding. Two that had EEDs re-cycled, were bred and became pregnant again. But, one of these three mares did not return to estrus by the end of this study. Two other mares in this group never did cycle during the study.

These data again indicated that broodmares grazing endophyte-infected fescue have problems in early as well as late pregnancy.

It should be noted that EED is a serious problem even when mares that lose their pregnancies early are re-bred and become pregnant. EED represents a major economic loss that involves time and management considerations. Using shipped semen can be expensive if it is necessary to reorder additional semen. Over-use of stallions can be a serious problem as the breeding season progresses.

Mare care also can be a financial factor. Another consideration is that some of these foals will be born later in the year. Most breeders prefer early foals, especially those that will be sold, shown or placed in training as long-yearlings or 2-year-olds.

Some mares that have EED will not re-cycle, or they re-cycle so late they cannot be bred efficiently in the current year.

Owners can manage mares to reduce the risk of EED by keeping them off endophyte-infected fescue pastures until they are diagnosed pregnant at 40 days. Note that the EEDs in this study occurred at 16-35 days in the three mares. 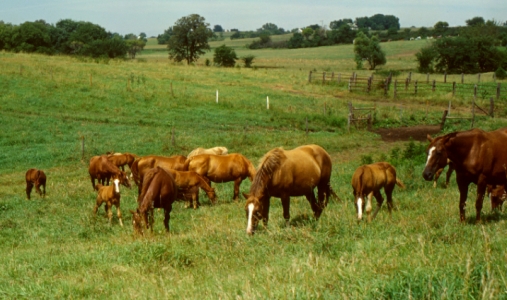 Owners may want to consider giving mares that graze endophyte-infected fescue pastures a higher level of vitamin E the last 30 days of pregnancy and in early lactation. Research from the University of Connecticut has shown that vitamin E supplementation above the normal recommended level resulted in higher levels of immunoglobulins in foals nursing such mares.

Immunoglobulins are large proteins that contain antibodies which can protest newborn foals from diseases, so they are key to early survival of foals. Foals are born without any natural immunity or protection from disease. They acquire natural immunity from colostrum, the first milk, which contains a high content of immunoglobulins. The foal’s intestinal tract can only absorb these large protein molecules in the first 12 hours after birth. So it is critical that foals get high-quality colostrum early.

Extra vitamin E in the pregnant mare’s ration the last month of pregnancy and the first month of lactation can be a benefit to newborn foals. A level of about 75 International Units (IU) of vitamin E per pound of feed was given to mares compared to the typical 36 IU of vitamin E.